Traits Men Look For Aside From Attractiveness 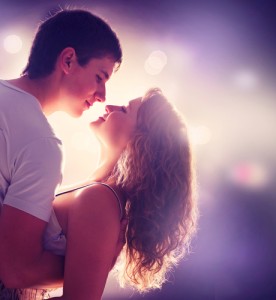 Laughter is usually part of a lasting relationship. It is usually the glue that helps keep two people together. Men look for women who also know how to laugh and create laughter. A woman with a great sense of humor can be someone that most men tend to like once they get to know her. It is also one of those traits that men look for in a woman.

Aside from being attractive, many men also look for women who not only are good at conversation but also know how to listen. While most men are known seldom share their feelings out loud, they usually want a woman who is willing to listen in case they do. A woman who is a good listener may also score good points among many men.

Men like women who show that they care instead of just merely saying it. Men don’t usually like to be told by women that they love them. Men already know that. What they want more is for women to show that they care- be it being concerned about his problems, having an ear to listen, surprising him once in a while or caring for him when he is not feeling well.

Tips In Making Your Date More Enjoyable And Relaxing

Signs That It May Be Time To Break Up

Developing A Playful Attitude In A Relationship

Beyond Good Looks- Other Qualities Men Look for In Women