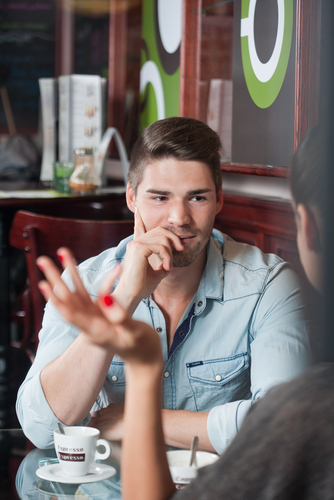 Traits Men Look For During Dates

A first date is usually a time when two people try to get to know and discover something about each other. Aside from being the first introduction to each other’s company, it is also a way to start learning about whether there is compatibility in between. For women, it pays to know what it is that men try to look for during dates. Here are just some of them.

Many men try to look for confidence in a woman. Men find women who know who they are from the inside out very attractive. But then again, overconfidence can have an opposite effect on men. It may be mistaken for arrogance and will be a major turn off among men.

Men also are attracted to women who are sincere and honest. Nothing can turn away men more than some who is pretentious. Women who are comfortable of showing their real selves during dates have that advantage over others who try to create a different character in an effort to win men over. They might succeed for a certain time. But men will eventually find out about the lies and the consequences might be worse for the women.

While there has always been a standard that men always make the first move, that does not necessarily mean that women do not have to. An increasing number of men now appreciate women who make the initial move from time to time. It indicates a woman who knows what she wants. Being assertive can be an attractive asset for women if it is used the right way.

Reasons Your Dates Don’t Call You Back