Types of Guys You Should Avoid When Dating 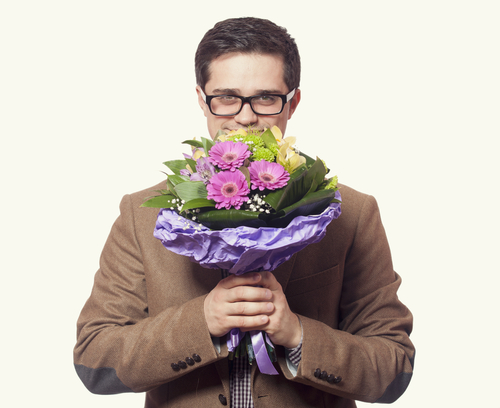 You have been dating a wonderful guy and you think this relationship would last until you get old together. Not so fast, though.

Online dating and relationship expert Joshua Pompey opined that men appear to be ideal during the first weeks of dating, but sooner of later cracks in their personality begin to show. “It is important to recognize these warning signs before it’s too late,” he wrote in The Huffington Post. “As much as we often ignore the warning signs of a potentially bad relationship early on in the dating process, these issues don’t go away. Most behaviors only grow worse over time.”

Is the guy you are dating now the right one for you in the long run? Pompey shares his list of traits and personalities of men who are unfit for long-term relationships.

The stubborn guy – A man who is set in his ways will become more rigid and stubborn over time. Dating such guys will make for a boring and one-sided relationship. Quit hoping that he will eventually change or open up to your hobbies; it will never happen.

The guy who treats his lady like a maid – You are looking for a partner, not your future master. If he expects you to pick up after him, cook dinner before he comes home from work, clean his dishes, and take care of him like a grown baby, he will treat you that way for the rest of your relationship.

The ridiculously cheapskate guy – We find it fine to have a guy who is constantly looking for deals and discounts early on in the dating process, as long as he has goals in mind such as buying a large house, taking you on a Caribbean cruise among others. Pompey disagrees, saying that such guys will likely to be cheap throughout the duration of the relationship, especially if he prefers air drying used paper towels for later.

The overtly sports-minded guy – It is okay for a guy to root for their team during the games, but if watching Sunday Night Football is more important than taking responsibility in your relationship, it will stay the same even if the two of you have started a family. “There is a difference between loving sports and having a childish obsession with them,” Pompey says.

The progressively less romantic guy – Guys tend to pull out all stops early on in the dating process. Observe if his passion for you remains consistent by the fifth or sixth date, even right after your first sex. Of course, you couldn’t expect your man to plan five-star dates all the time, but if he becomes lazier and less romantic, you can foresee what will happen to the two of you.

The extravagant spender – If he goes out on a limb to help pay your bills, whether on the dinner date or even on your college tuition, be suspicious. Being used early on might give a wrong impression on the guy that you are indebted to him.

The unambitious – Some guys like to talk big just because you want to hear them. If you sense that he does not working on achieving those goals, don’t bother keeping him.

The guy who lives with his parents – There has to be a valid reason for a guy over 25 to still be living with his parent, such as taking the responsibility of becoming his parent’s caretaker. But if he still lives with his mother because she tells him so, or that he just doesn’t want to live on his own, stay away from him.

The guy who does not respond to your calls – While there are guys who do not use their phones all the time, he should at least respond to your text messages or phone calls. It is common courtesy, after all.

The over-controlling guy – A man who likes to keep tabs of your activities should be avoided at all costs.

The indecisive guy – He wants a relationship at first, but now he is unsure. Take it as a definite no and look for a man worthy of your time.

The guy who doesn’t like your friends – Guys have this saying, “Bros before hos.” This sexist quote should apply the same to women: your friends are more important than your man. If he does not like that and refuses to hang out with your buddies, leave him be.

First Date- The Signs To Look For In Men

Reasons Why You’re Still Not A Date Magnet