Where To Find Single Geeks 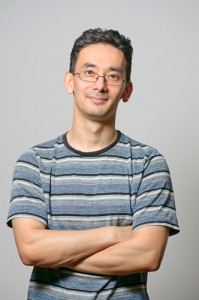 ing a geek no longer seems to be a bad thing these days. After all, those tech savvy geeks seem to have the most money in terms of earning capacity. What’s more, there are now some people who would want to look for single geeks to get to know better and maybe get into a relationship with them. But first, people would need to find where they are. Here are just some of the places to find them.

If ever geeks have their own world, it is on the Web. That’s probably the easiest place to look for them. After all, even geeks try to find love online. And there are quite a number of places where the single geeks meet up. Aside from the forums, chat rooms and the like, there are also geeks looking for love in sites like Cupidtino for the Apple geeks and DateCraft for geeks into Warcraft and similar games.

If you are going for comic geeks, you may want to explore their world to get to know them. You can usually find them in comic conventions where the comic geeks usually frequent, with costume and all. You might want to get into the fray and dress up to your favorite comic book character to become one with them.

If you prefer professional geeks, you might be able to find them in Silicon Valley, specifically in Sunnyvale, California. The center of all things technology in the US would surely also be home to many geeks. The geeks you may find here are the working type, those who usually develop those innovative devices and software that becomes consumer fare.