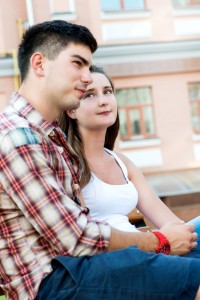 There is a fine line between safety and danger when you talk about teenage dating. It is normal for teens to experience relationships at this age. But there are some important things that they need to know about. Certain relationships can expose them to many new things, both good and bad. For the unprepared teenager, this can lead to exploration that can go out of hand and one that can lead to regret. Teenagers should have a good idea about certain dating issues that they can get exposed to. Here are some of them.

Some teenagers are introduced to drugs and alcohol through the relationships that they develop during this stage in their lives. They may have come from a protective household and with drug or alcohol-free friends. A boyfriend or a girlfriend may introduce them to this completely new world and may easily be attracted or captivated by it. And since it is something that someone special in their lives may be into, some teens automatically get hooked on drugs and alcohol easily. It takes a more mature teenager to take a careful look at things and avoid being trapped into what can become a destructive cycle.

The teenage years are a time of experimentation and adventure. Some teens just can help exploring things that interest them. They can sometimes go overboard and lose control. At a certain point, teenagers get to have a closer look into sex from the relationships that they make during this time. It can become a sensitive dating issue for both teenage partners. Pressure can cause teens to engage in sex, thinking of it as a proof of love. But at such an early age, the first sex experience can be truly devastating, if not traumatic. It can lead to unwanted pregnancy. It can lead to hurt and regret if the teenage girl finds out that her boyfriend only cares about sex and nothing more.

The teenage years can also be a time where teens can learn about traumatic experiences such as dating violence. Teenage girls can easily get into a relationship with a violent teenager. They easily become a victim and will sometimes suffer from the after effects of violence. It is just one of those serious teen issues when they get into relationships with the wrong person at such an early stage in their lives. While teenage dating and relationships can be a happy experience, choosing the wrong person can also have devastating consequences. Without the proper guidance or reaching a certain level of maturity, teens should try to think twice before getting into any serious relationships.

Could Online Dating Change You For the Worse?

Be Careful About Online Dating Scams

POLL: How Do You Respond to Pick-Up Lines?