Handling Conflict In a Relationship 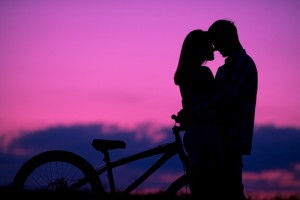 There are many times where a relationship may not be heading out into the right path of happiness and bliss as you expected. You might have realized that a relationship is not just about love and happiness all the time. It is normal for couples to get into a conflict at one time or another. It is how they handle it that would matter the most. Here are some of the ways to handle conflicts that couples should know about.

In certain instances when a conflict arises, couples make the mistake of playing the blame game. For anything that goes wrong, blaming each one would sometimes be the norm. It is one blaming the other for what may have happened. But blaming usually does nothing good but harbor ill feelings. Couples should avoid doing them every time there is a conflict. A better option would be recognizing that both have the responsibility of sharing the problem and finding ways to fix it.

Every time there is an argument, it is important to always keep your cool. At the height of emotions, certain things can be said that can hurt. What is worse is that once it is out there, it can no longer be taken back. Take a few deep breathes during the argument or try to excuse yourself during the height of the argument. Sometimes, all it takes is a break from the argument that will bring objectivity back. Avoiding anger and emotional outbursts is the best way in preventing more ill feelings and animosity between couples from saying hurtful things that were not really meant.

Focus on the Problem

Most of the times, conflicts may come as a result of problems that come in a relationship. The stress of trying to solve an overwhelming problem can sometimes lead both people to heighten conflicts with each other. Couples should try to focus on trying to solve the problem and not focus on the person. Doing otherwise may be counterproductive and cause each one to keep a defensive stance that would prevent them from working together to solve the problem at hand.

One of the reasons why certain conflicts do not die out is because of the failure to listen. Having a good ear is a good trait to have in a relationship. But there are times when one forgets about this and just tries drown out what the other has to say. In an argument or conflict, this can make things worse than they are. Try to develop your listening skills and learn to listen to what a partner has to say before reacting. Don’t forget to be objective and look at things not just from your own point of view.

arguments conflict relationship
Share !
Previous: Reasons You Are Still Single
Next: The Perks and Disadvantages of Dating a Supermodel

Signs Men Are Ready for a Relationship

How to Know When a Relationship is Getting Serious

Why Do Men Cheat?

Is He Dating Other People? When To Have “The Talk”

Is He Dating Other People? When To Have "The Talk"