How Men Express Their Feelings 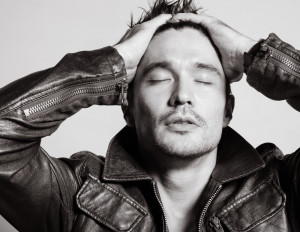 Some women can become frustrated with their partners. One reason is that they do not hear men say’ “I love you” or even make them feel it. Sometimes, the problem is that the women may fail to recognize a man’s expression of love. Although some men may express their love by saying it, many tend to show it through their actions. Here are some of the ways that men may express their feelings that women should know about.

Some men may not be big about public displays of affection. But when you are alone, you notice him hugging you or holding your hand. He may be shy in showing affection to you in front of other people. But his actions are his way of expressing his love for you.

When a man shares his secrets with you, he is already trying to open up his soul to you. Most men do not do this to someone they do not trust or love. They are willing to share their innermost secrets to someone they love. If your partner does this with you, it is as good as saying, “I love you” to you.

Some men would prefer doing instead of saying. They prefer actions instead of words. That is why when you do not hear men say the words you long to hear, but you see them do something special for you all the time, it is the same thing. Whether it is fixing things around the house or washing the dishes so you can take some rest, it is the usual way that men expresses their feelings for you.

The biggest way that a man may express his feelings is by showing commitment to the relationship. Most men shy away from commitment. But when he is serious about committing his time and life to you, then that is his ultimate expression of love.

means of expression men's expression public display of affection
Share !
Previous: Reasons Women May Not Be Interested In You
Next: Getting Your Relationship Back

Certain Relationship Habits That You May Need To Stop