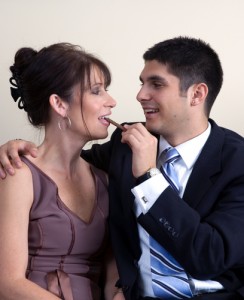 Many women have varied preferences when it comes to dating. Some may prefer a date with someone of the same age. Some prefer dating someone who is older. And then there’s the more interesting group of women who prefer dating younger men.

In dating, just like in many other aspects of life, people have developed a preconceived notion that somehow has become what is considered as the norm. In the subject of dating and relationships, there is this preconceived notion that women either date or get into a relationship with someone of the same age or someone who is older. It may have been brought about by a world accustomed to the man as the dominant gender and women just a close second. It may be for this reason that tradition dictates for the men to be older in a partnership between both genders.

But this notion has gone through drastic changes in the modern world. With women slowly working towards getting on equal footing with men, some age-old rules and traditions are being challenged one by one. In the dating front, this may be in the form of more women going against the grain by dating or getting into a relationship with younger men.

Breaking tradition may not always be the primary reason why more and more women are getting into a relationship with someone who is younger. Some of the reasons may also involve romance as well as certain characteristics that women look for in men. Here are some of them.

Common Dating Mistakes You May Be Unaware Of Making

Signs That You Are In a Toxic Relationship