What is Dating Violence 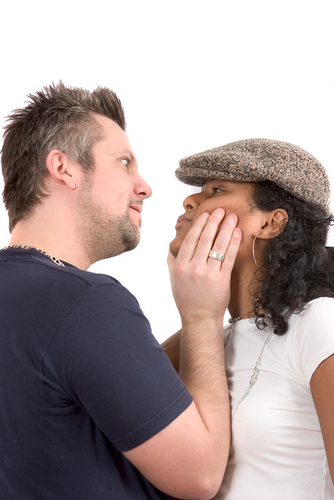 You are excited to meet your blind date. You met him in the public square and you find him cute. He asked you to go out for lunch and you joined him. You did all sorts of fun activities afterwards: played tag in the park, learned inline skating for the first time, watching the latest movie in the cinema. However, as the day passed you noticed that something was not right.

In any which way you look at it, what he did was absolutely wrong. In simple terms, it is called dating violence, which is defined as "any intentional sexual, physical, or psychological attack on one partner by the other in a dating relationship."

Such abusive behavior is carried out by one partner aimed at hurting or controlling the other. Dating violence can happen in both heterosexual and homosexual relationships.

There are three different kinds of dating violence: Physical, Sexual, and Emotional. Physical dating violence involves any physical act that is unwanted or hurtful, which comes in forms such as choking, slapping, hitting, kicking, shoving, biting, and hair pulling.

Even actions that may result to discomfort can also be considered dating violence, such as being shaken, pushed, or grabbed on. Threats and attacks using a weapon is also an example of physical dating violence, even unwanted tickling or hugging.

Meanwhile, sexual abuse involves any kind of unwanted sexual advance or contact. This also includes having been forced to have sex or perform sexual acts while under the influence of drugs (like Rohypnol, a notorious date drug) and or alcohol. Unwanted sexual acts include everything like unwelcome comments that are sexual in nature, kissing, and intercourse. Forced sexual intercourse between two people who barely know each other is called a "date rape."

Emotional abuse is more challenging to determine as there are no physical signs like bruises or vaginal lacerations when one is abused on a psychological level. However, one can sense emotional abuse when a partner harms the other person’s self-esteem or causes shame.

Examples of emotional dating abuse include chronic lying, withholding affection, public display of shame and insults, threats against a person’s safety, controlling a person’s every move, and extreme jealousy to the point that it keeps the partner away from family, friends, and interests. All of these negatively affects the other person involved in the relationship.