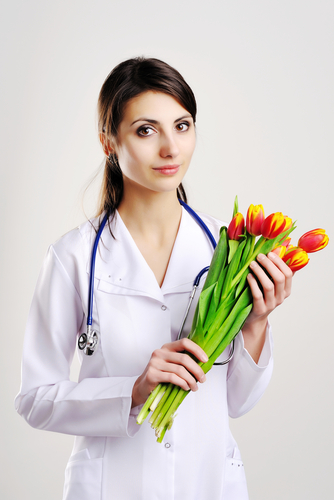 If you are confused with all the conflicting dating advices out there, perhaps you want to listen to the experts: Scientific experts, that is. Apart from finding the cure for HIV or a possible planet for humans to inhabit, scientists have also conducted research on how to increase your chances of snatching that romantic partner. Here are some of their lab-tested dating tips.

Make yourselves warm – A study conducted at the University of Colorado at Boulder shows that temperature affects how you judge your date’s personality. In one experiment, participants who held a cup of hot tea were more likely to judge their date as having a “warmer” personality compared to those who held a glass of iced coffee

Talk in his right ear – An experiment conducted by a pair of Italian psychologists shows that men and women are likely to comply to another person’s request when it was received by the right ear. This tip comes handy when looking for a hot guy in the club or whispering a naughty request while cuddling near the fireplace.

Play the right music – As proven in a study conducted by French psychologists, women who have listened to songs with romantic lyrics are more likely to give their phone numbers to a male compared to those who listened to neutral songs. So when setting a song to set the mood, you know what songs to put in your playlist.

Get him scared – Ever wonder why people say that watching horror movies are great for dates? A group of psychologists from University of British Columbia studied the science of human attraction using two bridges of different levels of stability. One is from solid wood, the other is a wobbly suspension bridge. The study shows that men who cross the rickety bridge are more likely to attempt further contact with a woman standing at the end of the bridge than were the men who had crossed the stable bridge. The research suggests that men seem to have misunderstood their anxiety as sexual attraction.

Hide your feelings – If being straightforward to the opposite sex does not seem to be getting you anywhere, perhaps have a little reservation and keep them guessing. A study published in the journal Psychological Science suggests that women are attracted to men who are ambiguous about their feelings towards them. This is compared to men who told the women they like them and even those who said they do not like the women.

Fish in smaller ponds – In another study in Psychological Science, people make better dating decisions in smaller and more intimate groups, as seen among participants in speed dates with 15 to 23 sessions. This research can be applicable in finding a date within a particular group like in church, school, or neighborhood.

Wear red – In a 2008 study in University of Rochester, men and women have a preference for people wearing red. Researchers suggest that red “serves as an aphrodisiac for men because it carries the meaning of sex and romance.” Meanwhile, women view men wearing red or standing in front of a red background as having higher social and economic status. What is even more surprising is that men and women do not necessarily like red in order to have an attraction towards people wearing red, suggesting that it could be an unconscious effort.