Do Not Be Ripped Off by Fraudulent Dating Services 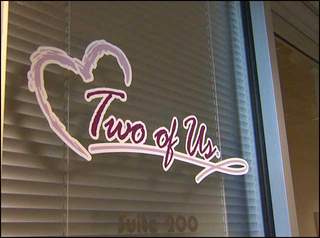 Complaints have been piling up about a “professional dating service” called Two Of Us, with users paying thousands of dollars for them to be matched with prospective dates based on personal specifics. Two Of Us, which also goes by several other names, has several brick-and-mortar offices in the United States, all claiming that they would provide you with certain number of dates.

But as days pass, you only receive a list of prospective dates–including their contact details–through email without even seeing what they look like. Most of the matches they provide either do not work out or are not what you preferred. And what’s even worse is that if the dates do not work out, they put the blame on you. In the end, you are left with an unsatisfied love life and got ripped off with thousands of dollars in the process.

Such companies prey on the divorced, the professionals, people who escaped abusive relationships, the widowed, and the elderly; people who do not get to go often and would find it inconvenient to venture into traditional dating routes.

So what should you do to protect yourself? Here are some helpful reminders:

Be wary about matchmaking services – While there are reputable matchmaking services like the Millionaires Club (which is featured on the reality series “Millionaire Matchmaker”) and LifeMates Canada, these companies usually ask for exorbitant fees and there is no guarantee you would end up with your ideal date. Look at it as a gamble where the odds are typically not in your favor.

Do multiple background checks – Search the Internet for these matchmaking services and check the complaints about it. Here, for instance, are the list of complaints from Two Of Us according to Consumer Affairs.

Be wary about companies that do not advertise under their own name – Some matchmaking services advertise themselves under the guise of differently-named websites. If a company does not have the guts to promote using its own name, stay away.