The Effect of Alcohol on Rating of Attractiveness 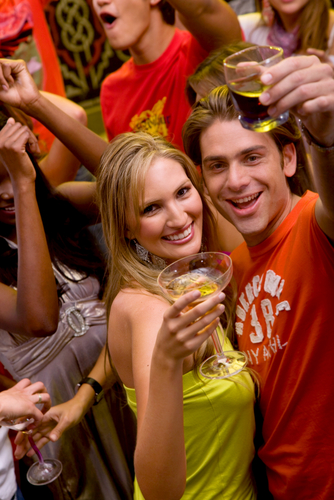 Many dating couples are grateful of the alcohol for giving them that boost of confidence in order to ask someone out and even for giving that special oomph when it comes to sex.  For others, alcohol could be a buzz killer, leaving one or both partners too drunk to even cuddle.

But recent study shows that there is more to alcohol when it comes with intimacy.  According to sociologist David Hansom of State University of New York at Potsdam, people perceive that alcohol has aphrodisiac effects, and they expect it would work even though alcohol does not have any real physical impact.  However, it does have an effect when it comes to perception.

According to different studies, men and women have different experiences on how they perceive potential partners whenever they are drunk.  Once the alcohol begins to take our minds to La La Land, we see other people as more attractive than usual.  The effect, however, lasts longer among men.

A 2008 Brazilian research shows that intoxicated men are significantly less able to detect signs of asymmetry on faces compared with sober men.  This explains why knocked-up men would end up with women they normally would not go out with.

In a similar research in University of Bristol that same year, both men and women subjects were given cocktails mixed with vodka, which would be enough for them to become tipsy but not too drunk.  Both genders look at the faces of the opposite sex as more enticing when they are down with the booze.  The difference, however, is that women wear off that distorted perception by next morning, while drunk men are just as groggy as the night before.

This change of perception occurs because alcohol has a dampening effect on the brain’s prefrontal cortex area, which controls our inhibitions.  This effect may also be the reason why some people have boosted sex drives after a glass or two of alcohol.  However, the effect on arousal is directly relation to how much alcohol is guzzled.  Men has shown more interest in sex after two or three drinks, but loses the drive as the drink count rises to four or five.  Heavy drinkers are also less likely to be mentally present during sex and become inattentive to their partners.