Is Workplace Romance a Good Idea? 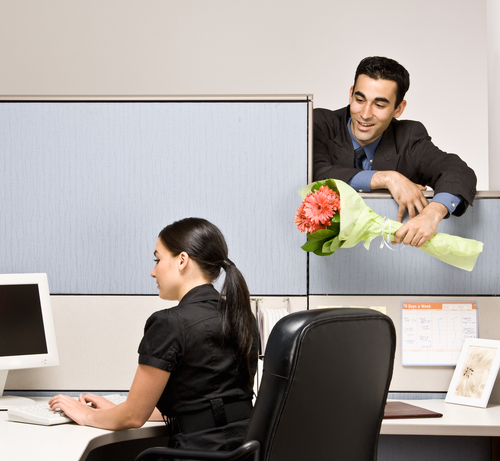 You’re single, he’s single, and both of you work in the same company. Is having a romantic relationship in the workplace a good idea?

Experts say dating your co-worker is okay, but be forewarned about the risks. After all, your office is one of the best places to find your ideal mate, apart from online dating.

A survey conducted by Harris Interactive shows that 39 percent of workers in the United States have started a romantic relationship in the workplace. Out of these office romances, 30 percent eventually led to marriage; 17 percent of respondents claims they had dated a co-worker at least twice. Also, two-thirds of the workers who have had relationships in the workplace were public about it, while the rest kept it secret. The study is based on interviews with 4,216 full time employees.

Most employers do not interfere with their workers’ love lives, but some companies have outright ban on office dating. Such prohibitions are problematic, since productive companies should treat their workers as adults. Some employees cannot help but become romantic with a co-worker, especially in situations where they work on teams and travel together.

Office romances have its advantages. Work becomes more enjoyable, for one, which can turn into a happy workplace and strengthened company loyalty.

The downside, however, is when relationships turn sour. It could undermine the same productivity that successful relationship engender. Also, one or both employees could lose their jobs (mostly because they cannot stand working with an ex).

Office Romance Rules To Live By

Tips for Dating A Co-Worker