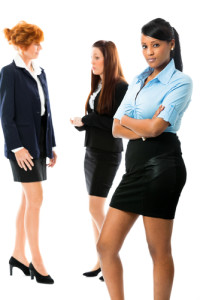 For most men, it is not easy to meet up with the opposite sex. They are at the right environment with lots of women milling around. They spot someone they like, and yet cannot muster the courage to approach and introduce themselves. Some men have this skill while a lot more does not. But that does not always mean that things cannot change. For those having such difficulties, here are some useful tips to help you meet more women.

Do not fear rejection.

Some men fear taking the chance because of their insecurities. Even before they make a move, they already try to think about being rejected. And rejection is something they do not like. As a result, some men have already made up their minds to avoid rejection by doing nothing.

Fear of rejection is an insecurity that can prevent men from making any move to meet the opposite sex. They feel that it can crush their souls and ruin their lives. But in fact, rejection is just a temporary setback. Men think that it hurts more than it really does. Men need to learn not to fear rejection. Once they do, they are on their way to approach women the right way.

It is all on self-confidence.

A man trying to meet a woman and introduce himself needs self-confidence. He needs to be more confident about himself more than anything else. Approach a woman like how a salesman would. A salesman has confidence on the product and uses the right words to make the sale. Meeting the opposite sex is similar, with the man selling himself as a product. A man knows more about himself than anyone else. That alone, makes it easy to sell. He only needs to find the right words to say.

Approach a group of women.

If you wish to have a better chance at meeting women, you will have better chances approaching a group rather than a solitary lady. If you introduce yourself to a woman by herself, she will instantly know that you are hitting on her. Some women may not be at ease with this situation. But when you approach a group of women, they will be more at ease because of their numbers. It is up to you to muster the courage to introduce yourself to them. But once you do, you will realize that meeting women will be easier, granting that you have all the good intentions of meeting them for conversation and nothing else.

making introductions meeting women opposite sex self confidence
Share !
Previous: Tips for Dating A Co-Worker
Next: Date Ideas For Couples With Kids

Building Your Confidence Interacting With the Opposite Sex