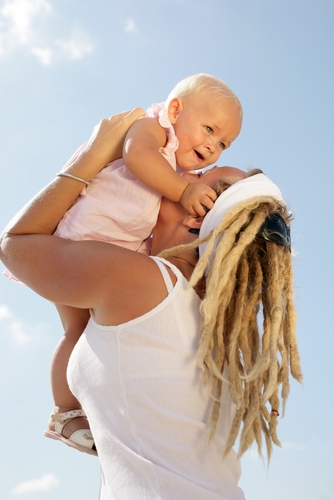 Dating at any time is a hard enough task. You go to a nice restaurant and you’re having a great time. The tension between the two of you are practically electric. Then you go home and introduce him to your three kids. You could swear you’ve never seen anyone do an about face so fast. Is dating even in your horizon if you’re a single mom?

Of course it is. Being a mom doesn’t mean that your social life has to suffer. Although it would be ultimately more difficult because you are bringing a third party into the relationship namely your children, you can still have adult companionship. Here are some things to remember when you take the plunge back into the dating sea.

It’s perfectly alright for a single mother to be dating. There is nothing written down that the moment you decided to take care of the kids yourself that you had to forswear men off forever. Don’t listen to those critics who think that you should stay at home and watch after the kids. You can too have fun on a Saturday night, you can also be dating and heaven knows you can even have sex.

You don’t have to tell the kids about your new relationship. You as a dating woman is different from your role as a mother. Maintain the appropriate boundaries to protect your children from forming any attachment to a guy you just enjoy going to the movies with.

Don’t introduce every man you date to the kids. If you are just casually dating the guy you shouldn’t bring him home and introduce him as your boyfriend. This will give the kids the wrong idea especially if the relationship isn’t serious. The relationship between your significant other and your children will reflect the level of commitment you two have.

Don’t expect your guy to do any baby sitting duties any time soon. Decide if the time is right before asking him to pick up your children from school. Asking him to help you with the parenting duties is like throwing a bucket of ice cold water on him and then dunking him in the frozen lake. It really is a case of too much, too soon.

Be honest. Try to be up front with your children when they ask about the man in mommy’s life. Clarify what role your guy fills in your family’s life. Discretion about your relationship is allowed but lying about it isn’t. The way you behave will be the way your kids will when they are in their early adulthood. If you don’t want them to be participating in extramarital sex then you probably shouldn’t do it yourself.

Some children will begin to act out when their single parents start dating. They worry about receiving less attention and feel abandoned after having the single parent’s attention for so long. It is natural for kids to be jealous and you should address this as diplomatically as possible. Concentrate on your child and give him or her equal attention as your partner. Try to reassure your child that you still love him or her as much as before.

You should have your priorities straight. It’s more important to be there for your son’s baseball game or your daughter’s recital. But this doesn’t mean that you have to constantly think of the kids when you are out on a date. Some guys actually do want their dates to be paying attention to them when they are having dinner.

Lose the martyr act. Having kids doesn’t prevent you from having fun and interacting with the opposite sex. Don’t use your kids as an excuse to avoid intimacy. In other words going to every game or recital isn’t going to make up for losing one romantic getaway.

It may be hard to walk away from the relationship especially if the kids have become attached to your significant other. Women have stayed with a partner they didn’t particularly care about because of the kids. Guilt is an overriding factor in the relationship and this is simply not enough. If you’re not married this is just plain foolishness. If the guy is really a part of the kids’ life then there could be a way to maintain the connection even if you aren’t dating anymore.

There isn’t anyway to guarantee that dating will leave both you and your children emotionally unmarred. But if you take the relationship slowly and easing your children in the equation there’s no good reason why you as a single mother can’t experience the ups and downs of finding the suitable romantic partner.

Share !
Previous: Heating up the Romance
Next: Gay Relationships: Fear of Commitment