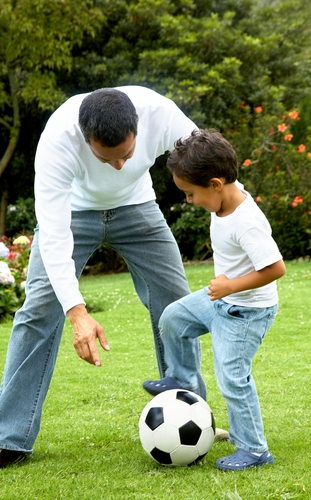 Single dads deciding to date again would realize that there are some things that may have changed. It is how a single dad would look at the new situation that would help determine if he is ready to enter the dating scene again.

At a time when a man have gone through a failed relationship should give him that perception of becoming a wiser fellow instead of thinking of himself as a failure. Having such a mindset would prepare one to become more successful in the dating scene once again.

Once a single dad decides to get into another relationship by going out on dates, there are certain things that he should consider. One is that a date is something to be enjoyed. Most of the time, a date would not work out if a man looks at it too seriously. Maybe the single dad may be looking ahead and thinking of every date as a potential parent for the kid. Truth to tell, this might just heap the pressure on a potential date, no matter how good the intentions of the single dad may be.

One of the best things that a dating single dad can do on a first date is to have fun. Enjoying the experience once more may even be more effective since an enjoyable date would lead to more dates in the future and many more opportunities for both the man and the woman to know each other better.

Another thing that a single dad should think about when going out on a date is avoid living in the past. Thinking about the past failures at relationships would be enough to make a single dad look like a helpless wreck on dates. What’s more, women with their female intuition on hand would be able to sense this and may give a sorry look to a date. It is also a turn off for women who date men who hasn’t dealt with their past failures at relationships. Single dads, as a rule, should try not to drag past relationships into the picture and further discussions when going out on a date.

When deciding to go back into the dating scene, single dads would have better chances in dating single moms. In this way, past experiences would work together to make the dating situation understandable for both. What’s more, women who doesn’t have kids may not be able to relate to such a situation and understand for which patience may play a big part later on in the relationship. This should not take away a single dad’s chances at dating such women. It would just be a means to make dating easier.

Another important thing for single dads to remember when deciding to date again is that the kids are still first priority. A date should not come in the way of your children and instead should be a reinforcing factor. Failure to do so would be looking forward to future conflicts that may come between your children and a potential date. It is important to keep your priorities straight if you ever look forward to having success in the dating scene once again.